I created a Radio List question, so that the answer options are a few pictures of which the participant can choose one as an answer.

Now I have uploaded a picture into the local server with a local URL and also tried to upload a picture from an external URL. Both times the upload works, but on the screen the picture is not right, see screenshots. Is there something wrong with the settings I chose? One time it worked out and the picture appeared on the screen, but still there was a big frame around it and some code written around it, though i chose exactly the same settings.

Thank you in advance!
Greetings, Janine 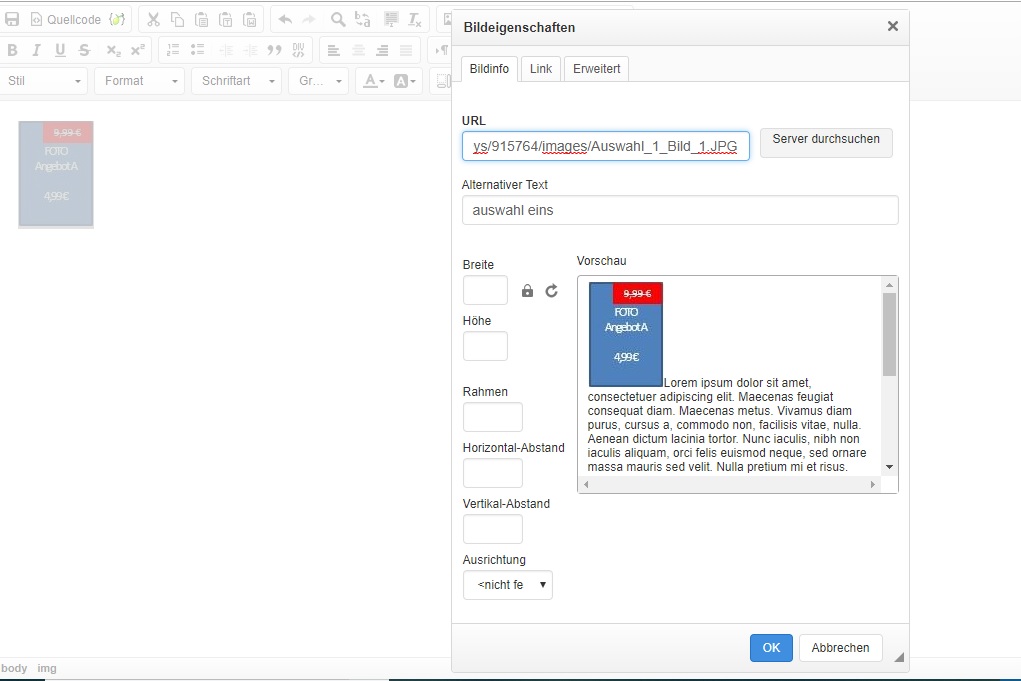 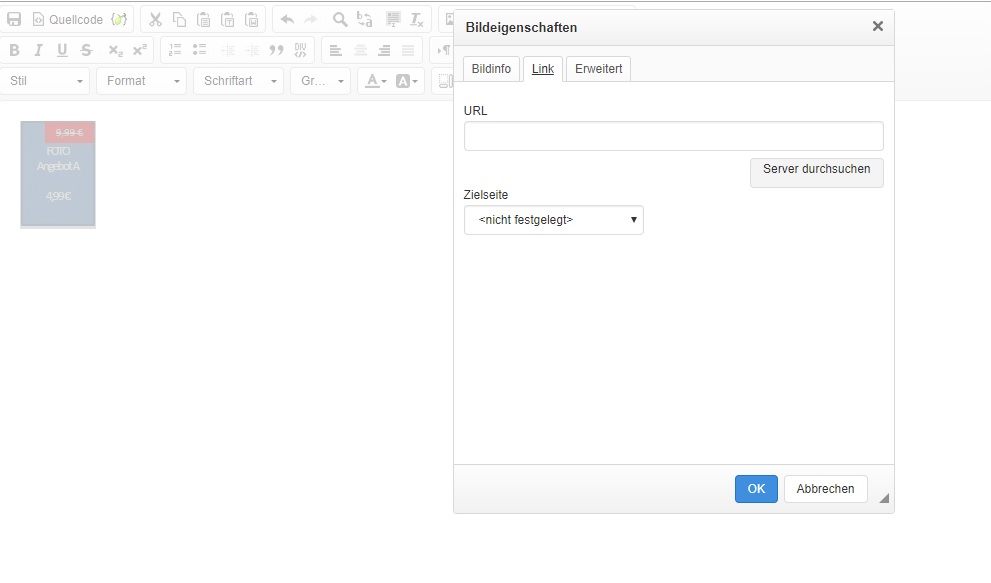 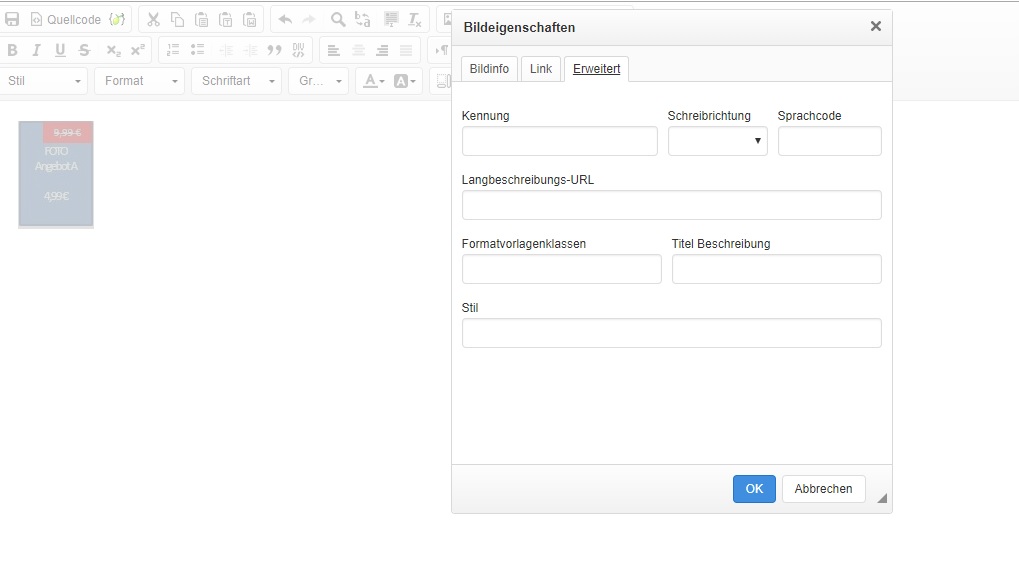 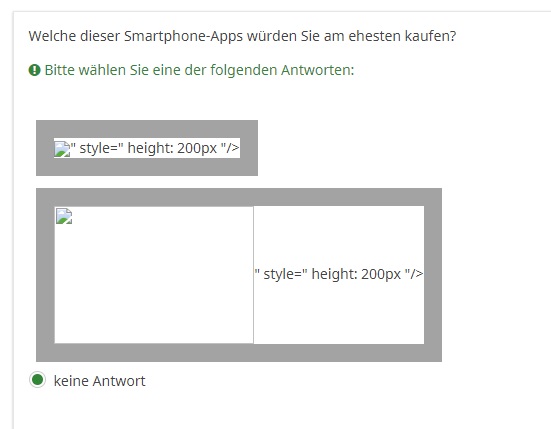 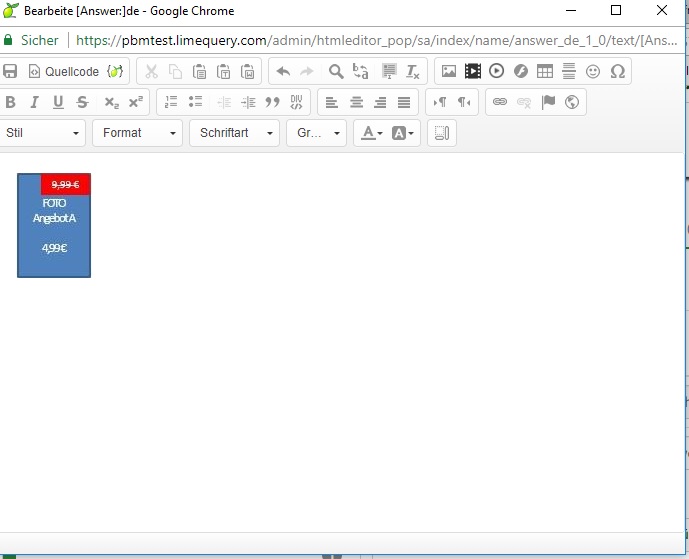 Less More
1 year 11 months ago #169841 by tpartner
Replied by tpartner on topic Images don't show up correctly
It looks to me like you are using the "image_select" theme. If so, you don't need the <img /> tag in the answer text, simply put in the relative path to the image. 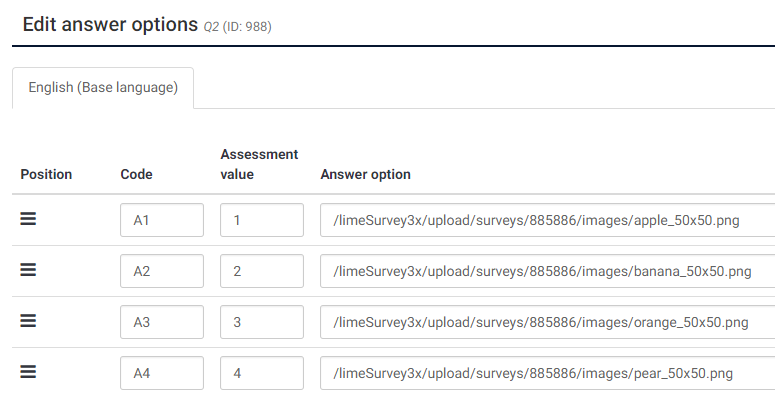 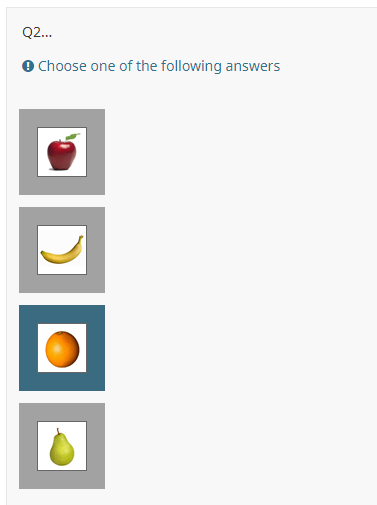 Cheers,
Tony Partner
Solutions, code and workarounds presented in these forums are given without any warranty, implied or otherwise.
Official LimeSurvey Partner - partnersurveys.com

Less More
1 year 11 months ago #170029 by KMB_Janine
Replied by KMB_Janine on topic Images don't show up correctly
Thanks a million! I got it now. Thanks! As I can't really change the image size though, I know did a normal single-choice question and instead of entering the answer, I inserted the link to the image. Works perfectly!